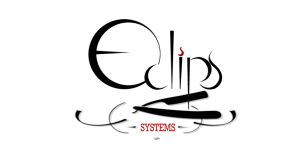 In 1989 a proactive 11 year old boy went on a quest learn to cut hair and began the course to his destiny.

Eric Cheek, an award-winning master barber, is a 1998 graduate of Sherrill’s University of Barbering and Cosmetology. He has ten years of experience as a licensed professional barber and is the owner and operator of E-Clips Barber and Beauty Center in Henderson, NC. This is about as close as he gets to being just the average barber.

Recognized throughout the country as a dynamic,trail-blazer, Cheek has been dubbed “The Champion of Faces” by some for his portrait cuts. He consistently combines his natural artistic ability and his clipper cutting prowess to create hair art-pieces. Cheek’s signature celebrity portrait cuts,barber designs and hair tattoo have done much to catapult him to the industry forefront.

In 2007 Cheek entered the competitive barbering arena. To date he has been recognized as 2010 Top Five Barber by Bronner Bros. He has also been awarded first place in the 2009 Andis-Sponsored Bronner Bros. Barber Design Competition, 2007 Hair Mania Barber Battle and 2007 Barbers and Stylists February Fade-out. In 2009 The Black Beauty Awards recognized Cheek as Barber of the Year.  He also counts a second place and two third place finishes in the Andis sponsored Bronner Bros contemporary barbering competitions and an award of recognition by the Vance County Economic Development Commission among his honors.

Cheek has been featured in local, regional and National media publications. Throughout, he makes regular appearances at cosmetology and barber schools to lend his expertise. He is inspired and motivated as he helps others learn to cut hair. Though he specializes in barber designs and hair tattoo, he takes particular care to advise prospective barbers in the importance of basic barbering technique and continuing education. Though poised to be one of most innovative talents in the industry he stresses the importance of barbering fundamentals.

Eric has been married for 10 years to his wife and business partner, Jasmine Cheek. The two seek to represent Christ in all that they do and enjoy a full life with their four outstanding children.